We give a chance to everyone

Regional Conference "Integration of minority groups members in the police service", organised by the Ministry of Interior of the Republic of Serbia and the Organisation for Security and Cooperation in Europe (OSCE) in Serbia, was held from 27th to 29th of May 2013 in the Basic Police Training Centre (BPTC) in Sremska Kamenica.

- The Ministry has for years had a very successful cooperation with the OSCE Mission to Serbia concerning the integration of minority ethnic communities in the police service - said Mr. Vladimir Božović State Secretary of the Ministry of Interior of the Republic of Serbia at the opening of the Conference. Wishing all the participants of the Conference successful and creative work, he said that such affirmative steps, as is this Conference, contribute to the acceptance of the police as a legitimate and effective organisation, at national, as well as at regional or local level. - It contributes to establishing a relationship of trust, based on good communication and practical cooperation between the police and minorities. The establishment of such relations is not only improving interethnic relations but also contributes to the efficiency of the police work. In doing this we do not favor anyone. On the contrary. We give a chance to everyone. 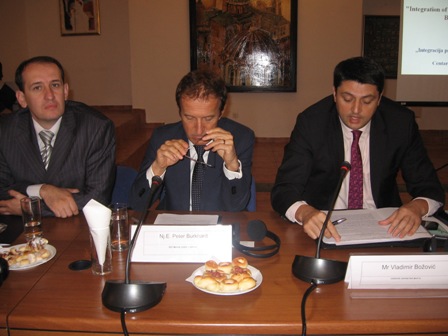 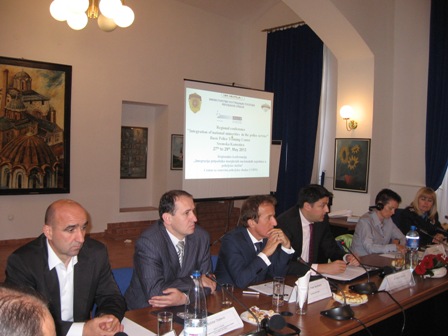 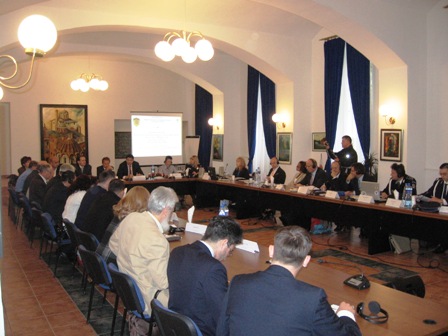 The participants were also welcomed by the Head of the OSCE Mission to Serbia Peter Burkhard, Ms. Karin Marshall, First Secretary of the Embassy of the Federal Republic of Germany and Head of the Basic Police Training Centre Biljana Puskar. 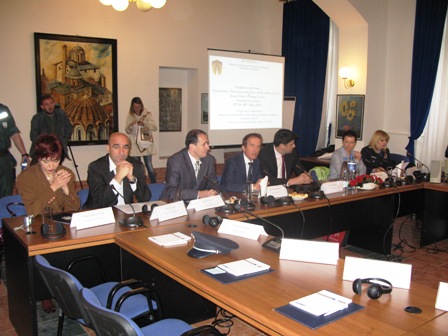 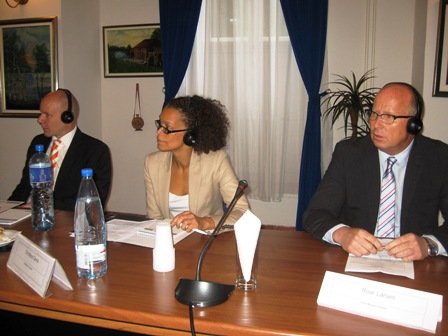 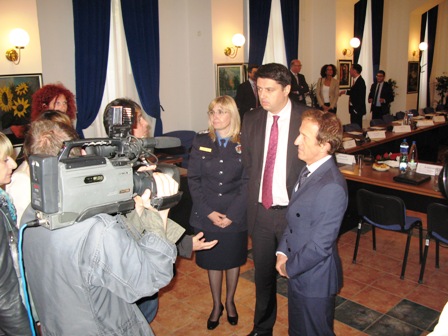 Representatives of the centres or schools for basic police training come from the region and the European Union - Albania, Bosnia and Herzegovina, Bulgaria, Germany, Montenegro, Romania and Serbia.

- The aim of the Conference is to exchange experiences both in terms of the core topic of the event - marketing, providing information on the police profession, selection system on admission of new trainees to basic police training, and in terms of the professional development - explains Zorka Lovre BPTC PR and organiser of this event. - Our wish is to enhance the existing cooperation and to establish contacts between the centres that have not cooperated until now. It was especially important for us to also allow the trainees from the countries which participated in the conference to meet and make contacts that will be invaluable in their future work. 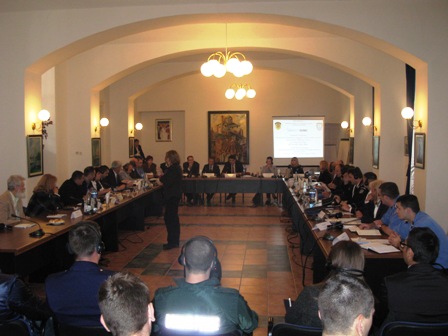 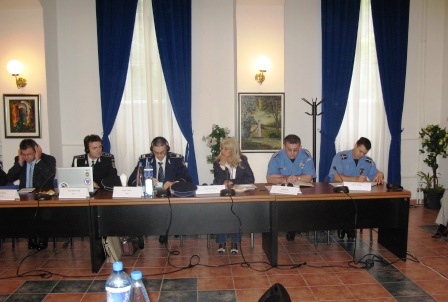 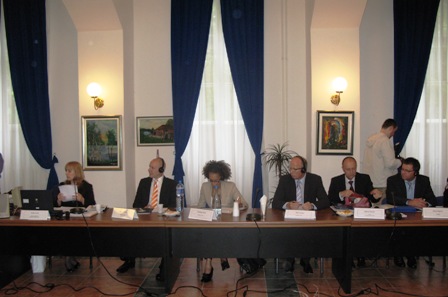 During the Conference, the participants worked in two separate groups. The one in which were the representatives of the training centres' management, dealt with issues of admission and selection, placement and status of the basic police training in relation to the Ministry of Interior and the General Police Directorate – i.e. the main topic of the conference. During a separate session, the trainers of vocational subjects also had the opportunity to present the training methods, training organisation, as well as teaching materials and textbooks they use. 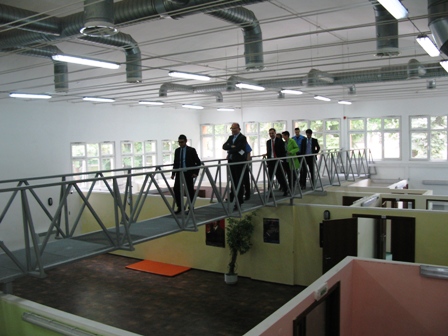 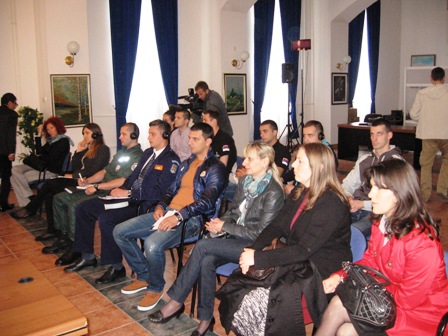 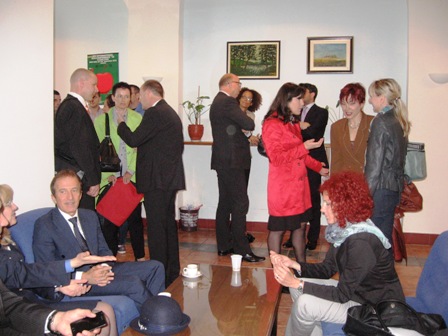 On the last day, representatives of all the delegations shared very good impressions about the organisation of this important event, as well as the desire and the necessity for the conference to be organised in the future. Here are some of them.

Hoxha Merge, the director of the Police Training Centre of the Albanian State Police, Sauk, Tirana, "If it be possible, I would like the next conference to be in Tirana. Everybody gave us a friendly welcome. Thank you. It was great."

Himzo Kekić, the chief of the Section for basic police training of the Police Academy of the Federal Ministry of Interior, Sarajevo, "All that is good, should be repeated. I thank the Ministry of Interior of the Republic of Serbia, BPTC, Mrs. Puškar and all her associates and congratulate them on their professionalism."

Stoyan Stoyanov, deputy principal of the Centre for specialised and professional police training, Pazardzhik, "We are very happy to be here. Now we are not only colleagues but also friends. Welcome to Bulgaria!"

Rusu Gabriel Virgil, deputy principal and Tamas Ciprian, a teacher at the Police School, "Septimu Muresan", Cluj-Napoca: "We learned a lot here. We rarely have this kind of experience. We could conclude that there are many similarities among us. I hope next time we can say that this was the beginning of improving the conditions of training and cooperation of the institutions dealing with police training in this part of Europe.

- This was a very interesting and useful event, a good example for all of us - Helmar Termer, head of the Training unit of the 7th Brigade of Bavarian riot police of Sulzbach-Rosenberg, Nabburg outpost told us right after the final session. – For me the talks with colleagues from various countries were precious. My colleague Oliver Mignon, the chief police inspector of Bavarian riot police was a lecturer at the seminar "Methods and didactics in police education" in 2010, so I already had the opportunity to hear his positive impressions of the Centre, your country and your people.

Young members of the delegations
Among the participants of the Conference, there were four trainees/students - Ejdona Dano (Tirana, Albania), Georgi Stavrev (Pazardzhik, Bulgaria), Miroslav Vojnović (Danilovgrad, Montenegro) and Bob Alin (Cluj-Napoca, Romania). With their hosts - trainees of the BPTC, they have attended regular classes at the Centre for three days, socialized and were shown the sights of  Novi Sad and Petrovaradin fortress. For all of them it was a unique experience. They made new friendships, which will be useful in future work, but for now, the friendship will continue thanks to the social networks. 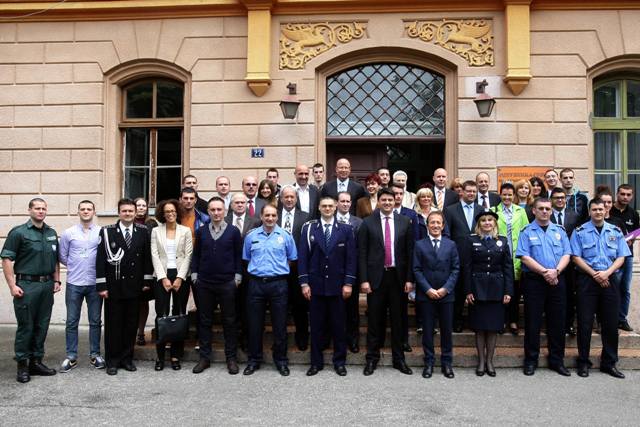